We love wine – almost as much as we love food, and everything that goes along with it…

So when it came time to put a face on the Kings Carey bottles, we turned to Philadelphia-based illustrator and artist, Hawk Krall.

Hawk has been working his art magic for various publications and small businesses, for more than a decade. Hawk is well known for his food illustration, in particular, as well as his humorous editorial illustration, gallery showings and installations (Art in the Age; Space 1026; Mural Arts Philadelphia; Arts & Crafts Holdings).

Hawk’s work has appeared on the streets, in massive murals; in the homes and businesses of private clients; and at many a restaurant, food shop or beverage business, in the form of custom work for posters, menus, packaging and the like (1732 Meats; DBGB Kitchen and Bar; Pizza Brain; Tröegs Independent Brewing; Two Roads Brewing Company).

SAVEUR Magazine also counts Hawk as one of its talented contributors; he pens and illustrates a recurring series of pieces in the publication, “Hawk’s Illustrated America”, which “follows his journeys through the back roads of the U.S. in search of our country’s most obscure and delicious regional specialties.”

Hawk’s creations also adorn some very lucky products, such as ours. 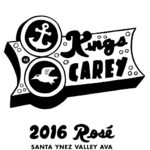 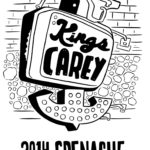